This paper focuses on the Rio Branco Declaration (RBD) and the 30 first-order subnational jurisdictions located in Brazil, Indonesia, Mexico, and Peru that signed it between 2014 and 2018, committing to reduce deforestation 80% by 2020, conditional upon adequate support from the international community. The authors assess each study jurisdiction’s progress toward that commitment in terms of reducing deforestation, and examine a subset of the potential factors supporting or slowing progress, including the existence of commensurate targets within jurisdictions’ legal frameworks and the international financial support pledged to jurisdictions.

The authors found that progress toward achieving the target was slow and likely unattainable in most jurisdictions outside of Brazil. Among the four jurisdictions likely to achieve the target under current deforestation trajectories, only Mato Grosso State has a target within its legal framework that is more ambitious than the RBD target. They also found that the international response to the RBD was sluggish and likely inadequate – with only one financial pledge made in direct response to the declaration and the majority of funding to support jurisdictional efforts coming from one source. The authors explore what may explain individual jurisdictions’ performance with respect to the target, including specific jurisdictional circumstances, national context, and international support. 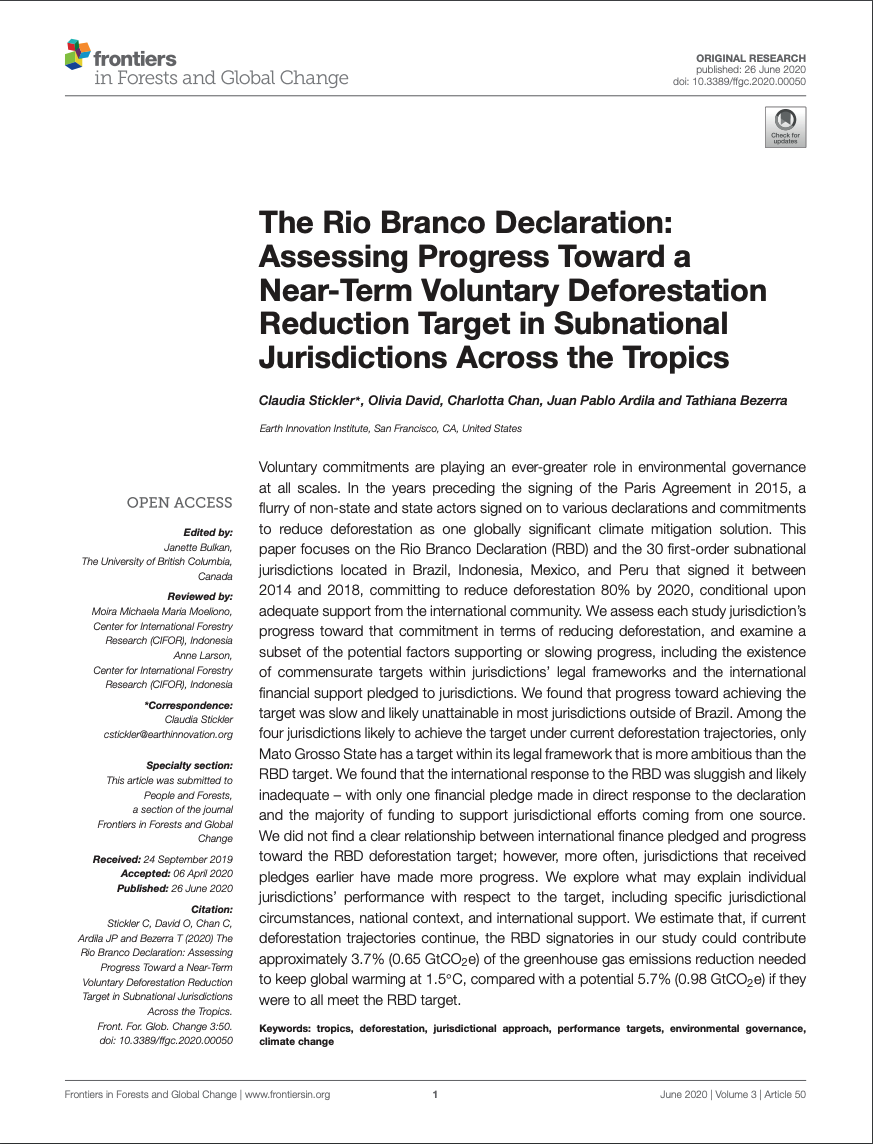