A study led by the Earth Innovation Institute, on how Amazonian states could boost the decarbonization of the Brazilian economy, finds that many companies are seeking high-quality credits to make progress towards their “net zero” emissions climate commitments. Some of the biggest buyers are turning to the states of the Brazilian Amazon to buy forest carbon credits that could soon be provided by “jurisdictional REDD+” (J-REDD+) programs for driving state-wide transitions to forest- and carbon-positive development. The demand and price for high-quality credits are likely to grow considerably as the Paris Article 6 framework and other market mechanisms (e.g. civil aviation’s carbon offset program) become operational.

Brazil could receive 13 to 48 billion dollars by 2030 through the sale of high-quality forest carbon credits from J-REDD+ programs of the Amazon states. However, the states will have credits to sell only if they succeed in reversing the trend of rising emissions from Amazon deforestation and forest degradation. This scenario is plausible because of the important co-benefits that a pivot to forest- and carbon-positive development in the Amazon would likely confer and also because carbon revenues could provide the positive incentives for forest conservation that were largely missing from Brazil’s massive “PPCDAm” program. To sell credits, the states must recognize and respect the rights of indigenous peoples and local communities; some states (e.g. Acre, Mato Grosso) have already established J-REDD+ programs that are supporting indigenous peoples and giving them a seat at the public policy table. To fully participate in the new carbon economy, Brazil will need a comprehensive, sector-specific strategy for driving the transition to carbon neutrality. 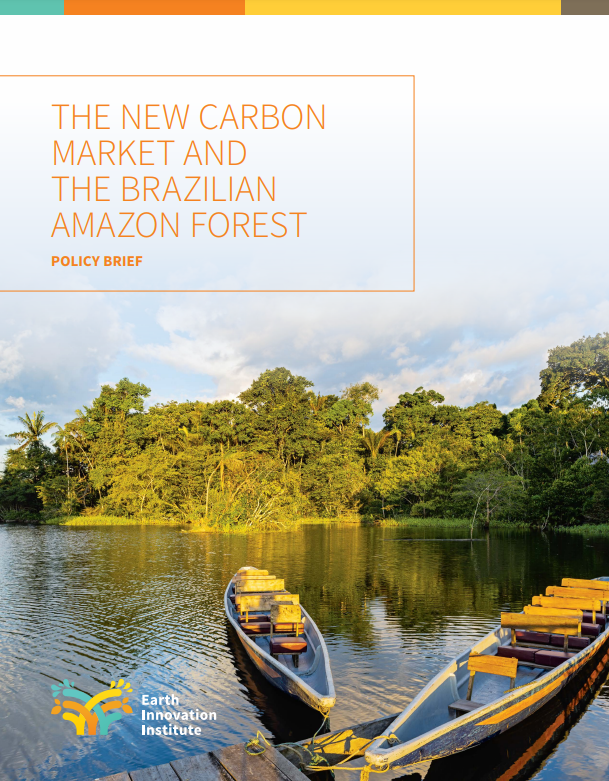