The Governors’ Climate & Forests Task Force (GCF Task Force) gathered in Manaus, Brazil for their 2022 annual meeting. Many of the states and provinces of the GCF Task Force have been working for years to translate the idea of a new forest economy (which goes by many names including bioeconomy, green economy, Amazon 4.0) into practice and it is recognised that there is no single blueprint or model for all. There is much to learn from one another in order to move from commitment to action, and efforts will not be successful without strong partners and additional financial support.

Efforts to build a new forest economy are based on comprehensive, jurisdiction-wide approaches. There are many projects inside the GCF Task force member states and provinces that have provided important opportunities for experimentation and learning. Through the Manaus Action Plan, GCF Task Force members are committing to reduce tropical deforestation by at least 80% by 2030, increasing reforestation and adaptation efforts, and enhancing the resilience of tropical forests with
sufficient, long-term financing and support. 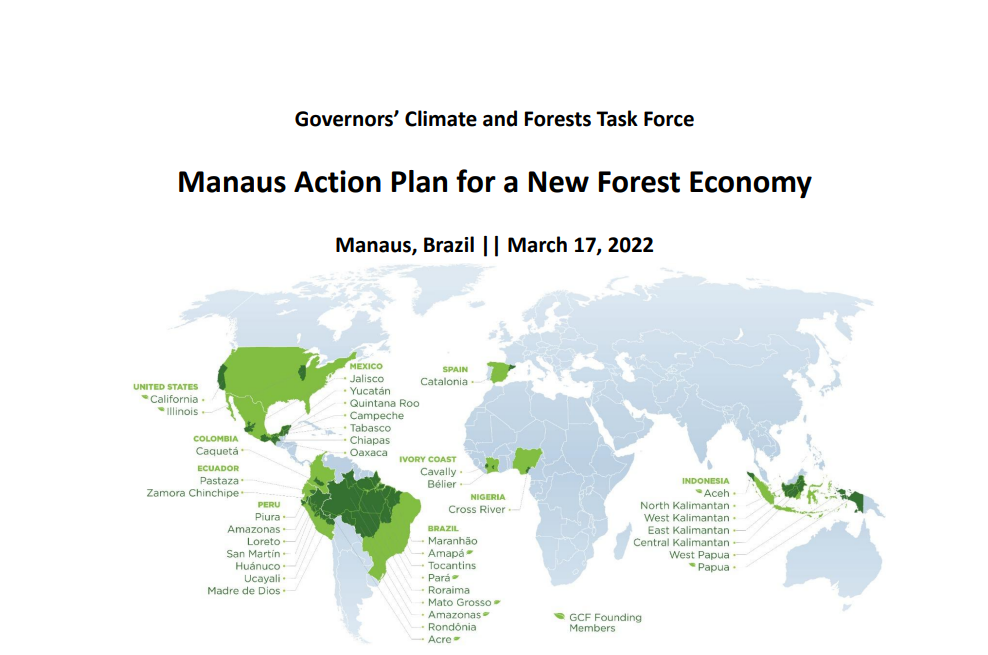 Landscape and Jurisdictional Approaches: Opportunities to Finance a Net-Zero Transition

From Reference Levels to Results: REDD+ Reporting by Countries – 2022 Update