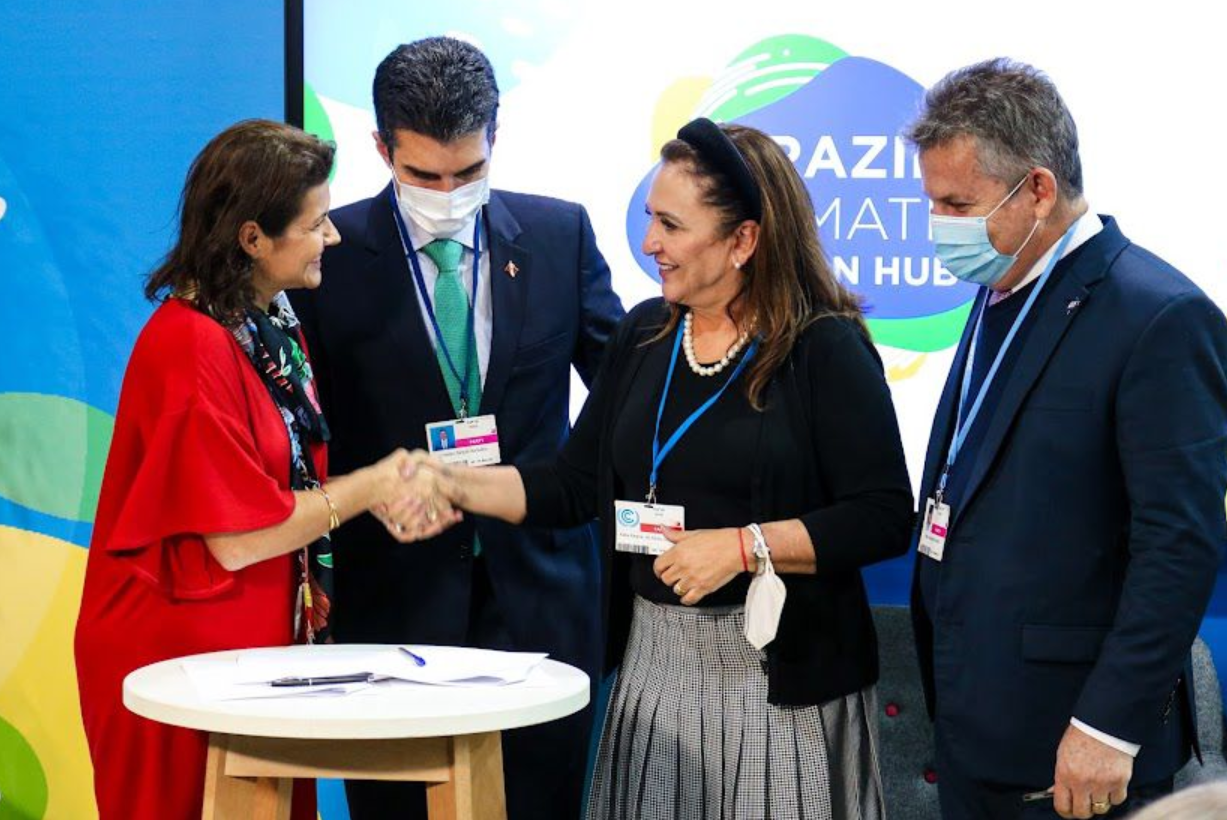 What’s Next for the LEAF Coalition? An outlook for Tropical Forest Protection in 2022 and Beyond

What’s Next for the LEAF Coalition? An outlook for Tropical Forest Protection in 2022 and Beyond

This post was authored by Rocio Sanz Cortes, Managing Director of Supply at Emergent. See original post here. In 2019 EDF set up Emergent, the group facilitating LEAF, because they saw the need for a new, innovative financing facility that could catalyze a high-quality market for forest carbon/jurisdictional REDD+ credits. EDF’s Ruben Lubowski is a senior advisor for Emergent.

Last year’s COP26 UN climate summit was referred to as “Nature COP,” as forests and nature took a protagonist role. Financial pledges to protect forests and reduce deforestation reached unprecedented volumes. In the first major formal deal of COP26, 100 leaders representing 85% of the world’s tropical forests pledged to end deforestation by 2030. This agreement was backed by the Global Forest Finance Pledge with $12 billion in public funds and $7.2 billion in private money. This funding will support actions such as restoring degraded land, tackling wildfires and advancing the rights of Indigenous people in tropical forest countries.

Another key success of last year’s global climate summit was the historic $1.7 billion pledge from governments and private funders to support Indigenous peoples and local communities. Direct financing for these groups underscores their essential role in forest stewardship. Other commitments announced at COP26 included the Congo Basin Pledge. Signed by more than 10 countries, the Bezos Earth Fund and the European Union, the pledge seeks to mobilize $1.5 billion to protect forests, peatlands and other critical carbon stores.

Natural climate solutions include conservation, restoration and management of forests, grasslands and wetlands – which could provide at least 20% of the emissions reductions and removals needed for the world to achieve net zero. Not only that, but they could also deliver socio-economic and environmental benefits beyond carbon. We are at a critical point for the future of the planet, and the pledges made at COP26 are game changers in keeping the planet’s temperature increase from reaching catastrophic levels.

The second announcement focused on LEAF’s engagement with tropical forest jurisdictions (countries, states, or provinces). Emergent, the administrative coordinator of the LEAF Coalition, signed Letters of Intent (LOIs) with Costa Rica, Ecuador, Ghana, Nepal, and Vietnam, and a Memorandum of Understanding (MOU) with the Brazilian Interstate Consortium for Sustainable Development of the Legal Amazon. The signed LOIs and MOU send a clear signal that jurisdictions are interested in reducing deforestation and receiving payments.

From commitments to action

These first jurisdictions will now enter into purchase agreement discussions for their emissions reductions with LEAF Coalition buyers.

Through the LEAF Coalition, these jurisdictions may receive payments for successfully reducing emissions from deforestation and forest degradation, provided that these reductions are independently verified and validated against the high-integrity ART TREES standard.

LEAF requires participating jurisdictions to align their emissions reductions with their Nationally Determined Contributions (NDC) and their national REDD+ plans. These plans will take shape in the coming months, and may include the following examples:

What’s next for LEAF?

LEAF is just getting started. The Coalition will sign more LOIs in 2022.

To date, 23 tropical forest jurisdictions are eligible to transact with the LEAF Coalition. These jurisdictions collectively have the potential to protect up to half a billion hectares of forest, greater than the area of the European Union. Their estimated self-reported emissions reductions amount to several times LEAF’s initial goal of 100 million tons of emissions reductions.

LEAF’s financial commitments and REDD+ interventions on the ground are a pivotal change to curbing deforestation and biodiversity destruction and protecting the rights of Indigenous Peoples and local communities. LEAF’s scale, pace and integrity makes us hopeful about the potential to truly move the needle for reversing deforestation.