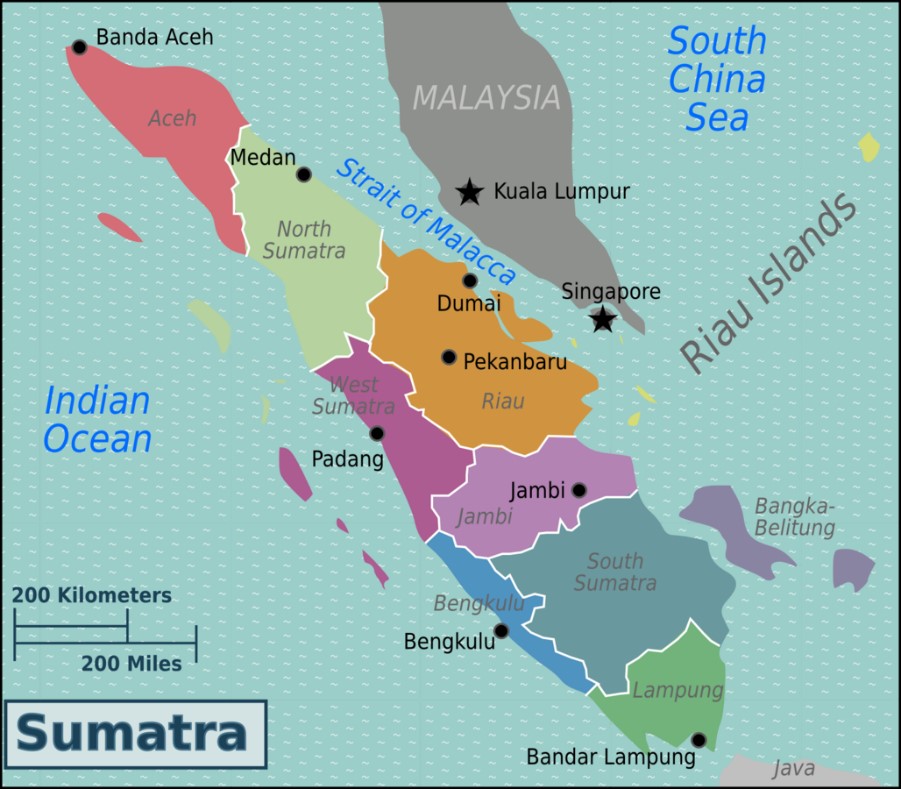 This impact story was originally published by HCV Network here.

Sumatra island hosts some of the most diverse forests on Earth and some of the most threatened. Rapid deforestation for oil palm, paper and other commodities has often been facilitated by a lack of checks on the origins of products and their associated deforestation and other environmental and social risks. The resulting habitat loss, poaching, human-wildlife conflict and fires have pushed many already critically endangered species such as the Sumatran rhinoceros, tiger, elephant, and orangutan, and the Malayan tapir, to the edge of extinction. To maintain Sumatra’s biodiversity and its peatlands’ vast carbon stocks, and to protect the full range of environmental and livelihood services that depend on it, further deforestation must be stopped, and restoration should start.

Many of the world’s biggest brands sourcing commodities from the island and the various commodities’ major industry associations have adopted and need to implement NDPE (No Deforestation, No Peat, No Exploitation) sustainability policies. Protection of High Conservation Values (HCV) and High Carbon Stock (HCS) forests via the HCV and HCS Approaches are applied as key implementation tools by most of these policies.

WWF has developed the Hamurni Commodity Supply Chain Platform, designed as a practical, inclusive and scalable digital tool to support supply chain mapping and traceability efforts of commodity sourcing companies. It aims to empower smallholders and transform industries towards transparency and sustainability. It is a platform that can easily integrate data from other existing traceability systems and offer additional benefits, including real time risk assessment of individual commodity deliveries to mills. Hamurni uses large-scale indicative maps of environmental HCVs 1-4 and HCS forest. The maps are available to interested users via Earth Engine Apps. WWF will expand its risk map library for Hamurni to other areas from which companies may be interested to trace their commodity supplies and meet their NDPE commitments.

Hamurni helps certified palm oil (CPO) mills trace their daily fresh fruit bunch (FFB) deliveries to the originating plantations and assesses their potential traceability, environmental and legal risks of non-compliance(s) with their own sustainability policies, the Accountability Framework, and RSPO. One of the risks assessed is conversion of natural forest and other ecosystems, whether the plantations were developed by converting HCVs 1-4 and/or HCS forests and whether their future expansion could threaten remaining values.

HCVs 1-4 are present throughout the island, often inside existing commodity plantation areas or potential expansion areas. Habitats of the island’s four critically endangered species have been shrinking and fragmenting and continue to be threatened. Almost all 38 eco-floristic sectors representing Sumatra’s unique ecosystems, have become endangered or rare ecosystems based on HCV 3 criteria. Commodity production on the island’s carbon rich peatlands continues to contribute to global climate change.

The indicative map of HCS forests on Sumatra reveals wide distribution of HCS forests, even in otherwise highly developed landscapes. As a presence/absence only map it does not differentiate HCS forest classes or stratification but can provide a basis for understanding the general distribution of HCS forests. The compiled maps show many HCV and HCS forest areas fall outside of protected areas. These areas are most at risk of being destroyed as they lack the highest level of protection in land use plans and in practice. Knowing where HCS forests and HCVs are located allows companies, communities, and governments to protect them and restore the important areas.

Though these maps are a valuable input to Hamurni, it is important to remember that these island-level maps are only indicative and cannot replace an HCV-HCSA assessment at the management unit or planation level. If a development area is within or near a HCS forest or HCV indicative area, it is necessary to carry out additional field work, which may include an HCV-HCSA Assessment.

The mapping focused on HCVs 1-4 areas and HCS forests because relevant island-wide data were available. But this does not mean HCV 5 and 6 (livelihood and cultural values) are absent. Spatial data on their presence simply does not exist in the public domain though it is always highly likely that HCV 5 and 6 are present wherever local people rely on natural resources. Thus, it will be important to follow up Hamurni’s indications with detailed field-based assessments and participatory mapping that will capture the knowledge and views of local communities.

Mapping HCVs and HCS forest for landscapes and jurisdictions

The HCV and HCS approaches are often used together to identify areas important for conservation and livelihoods. Coordinating the use of both approaches brings efficiencies (e.g. when data can contribute to both HCV and HCS forest identification results and stakeholder consultation can be done simultaneously). By using both approaches together in landscapes and jurisdictions companies, conservationists and other stakeholders can aim to identify and conserve more of the potential values present. Joint screening considers the likelihood that values are present, conducts indicative mapping and information gathering. It then analyses the possible threats to those HCVs and HCS forest and provides results to spark discussion, make recommendations and prioritize actions.

To learn more about this work contact Kokok Yulianto from WWF Indonesia: kyulianto@wwf.id