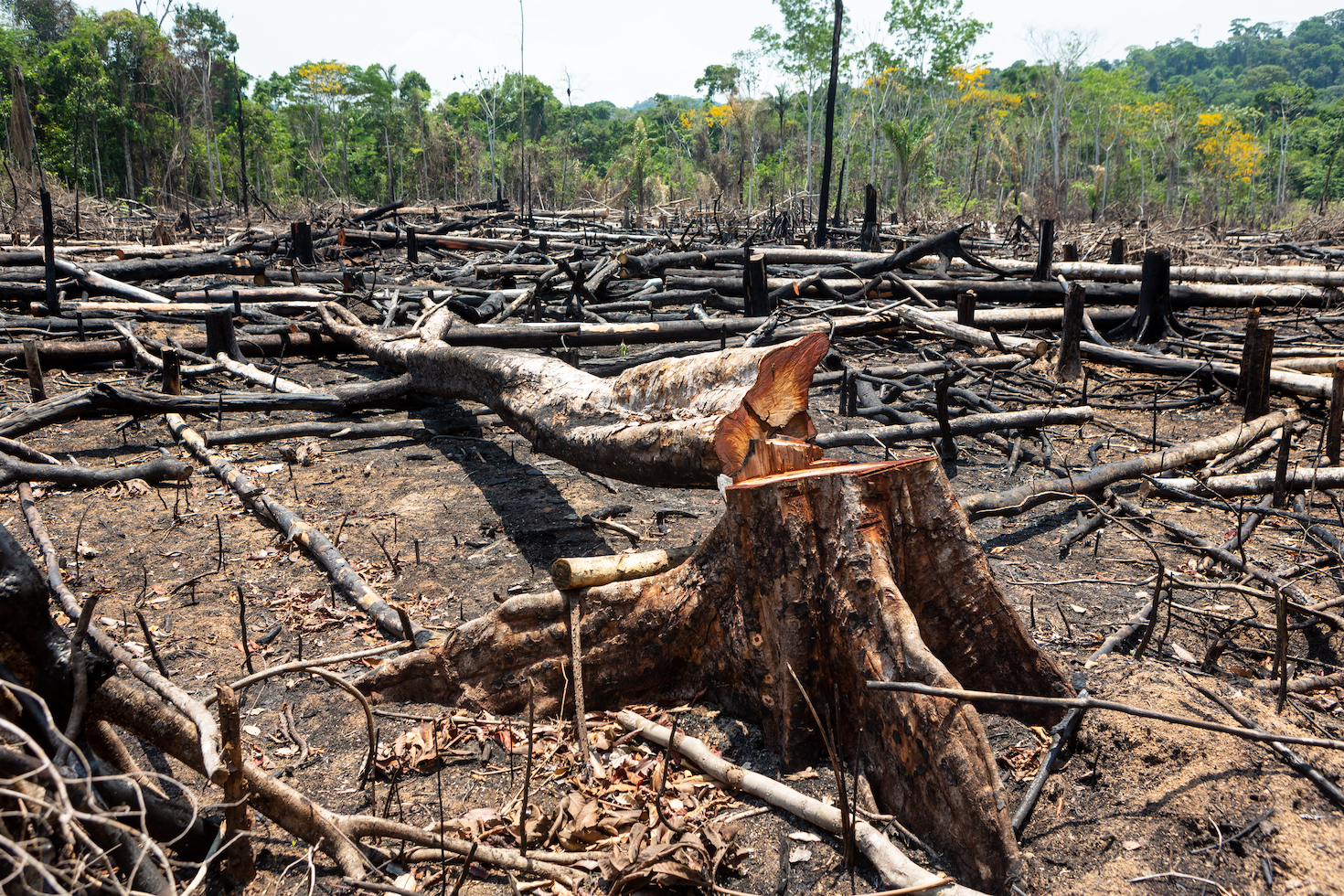 How SBTi Could Unlock Billions of Corporate Dollars to Protect Forests

How SBTi Could Unlock Billions of Corporate Dollars to Protect Forests

This impact story was originally posted on GreenBiz here.

There is continued confusion over guidance on the role protecting forests should play on a company’s road to net zero.

What would billions of dollars of additional climate finance from corporations mean for the world’s forests? It would mean protecting and enhancing biodiversity. It would mean supporting the millions of people who rely on forests for their livelihoods and call them home. And ultimately it could mean ending tropical deforestation by 2030 and helping the world stay on a 1.5 degrees Celsius pathway. What’s holding this back is continued confusion over guidance issued by credible bodies such as the Science Based Targets initiative’s (SBTi) on the role that protecting forests should play on a company’s road to net zero. But hopefully this is now changing.

The SBTi’s strong advocacy of deep value chain emissions reductions has played a major role in shaping corporate climate action and is rightly seen as the best practice approach to corporate decarbonization. However, recent blogs from SBTi are unequivocal in their insistence that companies must also undertake urgent action beyond their value chains if society is to have any chance of reaching net zero by 2050.

New guidance on beyond value chain mitigation (BVCM) is promised next year, but SBTi urges companies not to wait and to take action now, with protection of tropical forests identified as one priority.

In a blog published Aug. 31, SBTi advised: “Urgently reducing value chain emissions and contributing to BVCM in combination will help reserve the remaining carbon budget that is continuously shrinking.”

The follow-up piece, published Sept. 13, further highlighted the need to protect tropical forests. The authors wrote: “Even if every company adopted and implemented a science-based target, there are no current trajectories for staying below 1.5 degrees C without protecting the world’s remaining tropical forests.”

While not exactly an about-turn by SBTi, this does represent a significant clarification of its position on BVCM and a clear endorsement that actions such as protecting tropical forests are not only vital, but urgent.

And why is this so important? Many respected NGOs and climate scientists have been pressing this argument for years. The answer lies in SBTi’s strong influence over corporate climate policy and its capacity to drive much needed action.

My main role, as chief commercial officer of Emergent, is to sign up corporations to The LEAF Coalition, the world’s largest public-private coalition to conserve tropical forests. Time and time again, in conversations with sustainability officers, their interpretation of SBTi advice on BVCM has proved to be a blocker to investment in forest protection. I believe this has stopped as many as 25 corporations signing up to the LEAF Coalition, depriving forests of around $450 million in climate finance. That’s nearly half of the $1 billion raised by the LEAF Coalition to date; equating to roughly 222,400 acres of tropical forest that could have been protected. Others in the carbon ecosystem will have similar stories to tell. [Editor’s note: The author’s company, Emergent, is coordinator of the LEAF Coalition.]

Typically, sustainability officers raise two issues. First, that SBTi’s guidance on BVCM is recommended rather than essential and therefore not something they can justify to their boards. Second, and perhaps more significant, has been the perception that SBTi advises companies to prioritize carbon removals (tree planting) over CO2 reductions (forest protection) at all points along the journey to net zero. This, in fact, is a misinterpretation of SBTi’s requirement for permanent removals to mitigate any remaining emissions at the end of a company’s net-zero journey, in 2040 or 2050. Not today.

SBTi itself says, “BVCM is not limited to removals. BVCM activities can avoid or reduce greenhouse gas emissions, or remove and store greenhouse gasses from the atmosphere.”

To be fair to corporations, some misinterpretation is to be expected. Advice on BVCM from SBTi and others has been evolving rapidly as the urgency of the climate crisis has become more apparent.

But it’s important that SBTi is taking steps to clarify its position. Its guidance is no longer open to doubt or misinterpretation — BVCM is vital.

There are now a number of additional actions from SBTi that could help accelerate corporate action.

One blog, or even a series, will not be enough to correct the deep-rooted misconceptions. SBTi should be far more ambitious in promoting and defending BVCM and look for opportunities to publicly support BVCM by clarifying the important role it plays. This includes updating historical guidance to replace all mentions of optionality with the recognition that BVCM is both vital and urgent.

In a recent survey conducted by Systemiq on behalf of SBTi, over half of corporate respondents agreed that SBTi should play a role in enabling transparency (scoring/ranking) to incentivize companies to engage in BVCM. Companies making high-integrity investments in mitigation activity beyond their value chains should get recognition for doing so.

For example, SBTi’s website currently features a dashboard featuring companies with science-based targets and commitments. Why not add companies investing in BVCM? This could showcase those that meet a stipulated minimum level of ambition and give extra recognition to those that go above and beyond.

Broaden the scope of neutralization

SBTi should include emissions reductions, alongside removals as a tool to neutralize residual emissions. This would recognize the valuable role that protecting carbon sinks such as tropical forests and peatlands can play and remove any confusion that removals should be prioritized over reduction on a company’s journey to net zero.

There is no harm in postponing the requirement to prioritize removals for neutralization until it is evident that the battle to halt and reverse deforestation has been won. Investment in reductions up to the point of corporate net zero and beyond, with high-integrity forest carbon credits, will benefit the climate as well as protecting biodiversity. As such, it could form a core pillar of a company’s nature positive strategy.

Bring more corporations into the fold

The LEAF Coalition has already announced $1 billion in funding to protect forests, and more is to come. But billions more dollars in additional climate finance are tied to unfinished guidance on hard-to-abate sectors. SBTi should accelerate this work to give clear guidance to these companies, enable them to demonstrate that their BVCM activities are in line with latest advice and open up the potential for them to join high-integrity coalitions such as LEAF.

SBTi is in the perfect position to take the lead. To drive an uplift in beyond value chain action in parallel with deep value chain cuts and to accelerate the corporate climate ambition needed to help the world stay on a 1.5 C pathway. The need is urgent. The time is now.