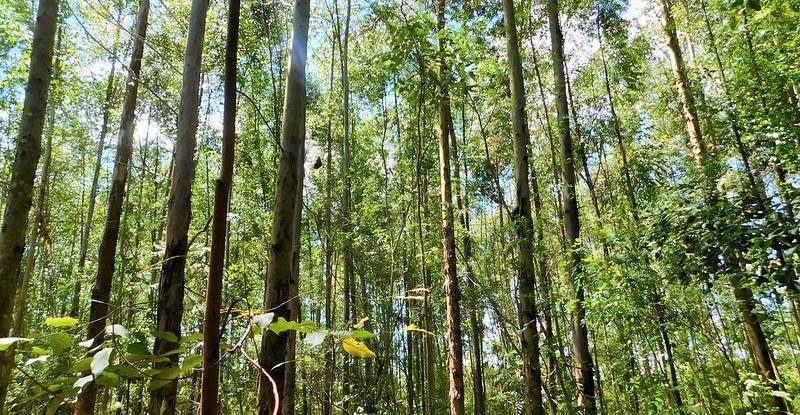 How One Brazilian State is Tackling Deforestation Within its Borders

How One Brazilian State is Tackling Deforestation Within its Borders

Deforestation in Brazil has been soaring the last few years. And its Amazonian state of Pará has the ignoble rank of number one.

According to Brazil’s official deforestation data, Pará lost 7.2 million hectares of forest cover between 2000 and 2019, or about 6 percent of its mature forest. Located in the North, the country’s second biggest state after Amazonas has a high poverty rate, and is vulnerable to land grabbing, socio-environmental conflict and forest conversion.

With the world’s largest expanse of rainforest, Brazil has been a global leader in tackling climate change through its impressive reduction of Amazonian deforestation between 2004 and 2012.  But, in recent years, forests across the country are being lost again. In 2020, deforestation rose to a 12-year high, attributed by environmentalists to the federal government’s weakening environmental enforcement and calls for more development in the Amazon.

Researchers have studied what has worked and what has not in Brazil and other forest-rich countries for decades, and what remains clear is that action against deforestation must happen at multiple levels, from global to national to subnational to municipal.

The global initiative known as REDD+ (Reducing Emissions from Deforestation and forest Degradation) foregrounds the importance of forests in fighting climate change, with incentives provided to countries like Brazil that have successfully reduced deforestation. As part of its decade-long Global Comparative Study of REDD+, scientists from the Center for International Forestry Research and World Agroforestry (CIFOR-ICRAF) have been working to address deforestation at subnational levels, such as states and districts in Brazil.

This so-called “jurisdictional approach” to REDD+ recognizes that in order to succeed, international efforts like REDD+ must address and overcome local land issues holistically with all those concerned, from private businesses and smallholder farmers to non-governmental organizations (NGOs) and more – and this requires a high level of government involvement.
Pará is a case in point.

Pará is one of the largest of Brazil’s states and has a complicated history, with government-led colonization policies starting in the 1960s that led to deforestation and social problems that remain today. It can also be considered a sort of testing ground for jurisdictional efforts to protect forests.

“The most important is a program called the Green Municipalities that shared responsibilities to reduce deforestation and to promote environmental regularization,” said Ana Carolina Crisostomo, a researcher in conservation and development who has worked with CIFOR in Brazil. “They were able to have more eyes and hands on the ground working with the municipalities because the state-level government was very limited in terms of resources, technical capacity and workers to control all the territories.”

Despite some important achievements, particularly supporting environmental decentralization, the program failed to deliver meaningful deforestation reductions, according to a recent paper. In addition to that, the program failed to deliver conservation incentives to territories because it lacked a coordinated strategy under the former government partly due to political conflicts, said Frederico Brandão, value chains and climate change specialist at CIFOR-ICRAF, working in Pará. The program also ended up dispersing efforts without a clear prioritization strategy which significantly reduced its effectiveness.

“Today, the Pará government is trying to do something different,” Brandão said.

Pará has crafted plan called Amazon Now that aims to neutralize its land-use emissions by 2035. The plan includes coordinated command and control actions, which enforces the law against illegal deforesters. It also includes an economic promoting sustainable land use in priority areas, offering incentives to non-deforesters through technical assistance or making credit available, while supporting tenure and environmental regularization and attracting new investments.

The plan was informed by a coalition that provides technical inputs, including The Nature Conservancy, CIFOR-ICRAF, the Amazon Environmental Research Institute (IPAM) and Governors’ Climate and Forests Task Force (GCF-TF).

With knowledge gleaned from a study on jurisdictional approaches across the tropics by Earth Innovation Institute, CIFOR and the GCF-TF, CIFOR’s work in other Amazonian states like Mato Grosso and Acre, and district-level research in Indonesia, Brandão and others envisaged a plan with implementation and sustainability in mind.

“We tried to develop a narrative for Pará that address global discussions and global processes, but at the same time it’s something that people can understand on the ground and they can recognize it and own it,” Brandão said.

“The key is to harmonize global debates on climate change and international finance streams with a plan that can provide what governments want, like economic development and social development. When governments change you have more difficulties sustaining a program if people don’t own it, but if you create something that makes sense for people, then the probability of surviving changes in the future is higher,” Brandão added.

The importance of government buy-in and capacity is at the core of the jurisdictional approach to forest protection. This recommendation was drawn, among others, from a recent CIFOR-ICRAF paper in Frontiers written by Brandão and others. The paper assessed the differing municipal initiatives in Pará’s Paragominas and São Félix do Xingu, once two of the country’s top deforestation municipalities.

Both places mirror Brazil’s general deforestation trends but the trajectories differ, in part based on when they became agricultural frontiers. Loss of forest in Paragominas started in the 1960s linked to the construction of a major road, and by 2005, 42 percent of its area was deforested. São Félix do Xingu is a newer frontier, with only 16 percent of its area deforested in 2005.

Now, Paragominas has been touted as a success story, with an alliance of government, NGOs, ranchers and soy farmers helping to get the city off the list of biggest deforesters by mapping and monitoring rural land and promoting of economic alternatives compatible with low deforestation. São Félix do Xingu, on the other hand, continues to have one of the highest deforestation rates in the Brazilian Amazon because efforts were largely led by outside actors and goals were difficult to operationalize in a complex territory.

The paper’s authors found that Paragominas had consistent strong municipal government leadership, while in São Félix do Xingu it was more intermittent. This partly explains divergent outcomes.

Recognizing site diversity in terms of land use, deforestation drivers and supply chains, among others, the paper also suggests that strategies should be tailored to specific contexts. One specific component to attract investment is the development of participatory monitoring systems that focus on what is progressing and not, and how locals perceive progress, would be a better option.

Enter the Sustainable Landscapes Rating Tool developed by the Climate, Community and Biodiversity Alliance. The tool tracks how various jurisdictions are progressing towards low emissions development. It does so by looking at different elements that affect a landscape, from compliance with laws and regulations to the inclusion of indigenous peoples in decision-making.
Crisostomo is part of a team that applied the tool in Brazil’s nine Amazon states as part of the EII-CIFOR-GCF-TF study mentioned earlier. The information collected for the tool will allow for a good grasp of what is going on, if regulations are being applied and if there is difficulty applying them and why. The tool also reveals the level of social participation, from, for example, women or indigenous communities.

“We know we need to have more participation. The tool allows us to see that there is some space but that we are far from being there,” Crisostomo said.

That understanding of what is happening in Amazon states like Pará combines government, civil society and other perspectives into one whole, aiming at impacts at the larger scale of global climate change mitigation. With Pará’s history of deforestation successes and failures, the state may have already trialed and tested what it does and doesn’t need to do.

“Pará had the experience of building capacity in the municipalities to look at the problems in a more complete way and to understand the complexity of the issues. I think this made an important difference for the state with their new plan to have targets for 2035,” Cristostomo said.

“Now they have fertile ground because they had this opportunity before,” she said, “but it will be a big challenge.”

This blog was originally posted in CIFOR Website. You can read it here.