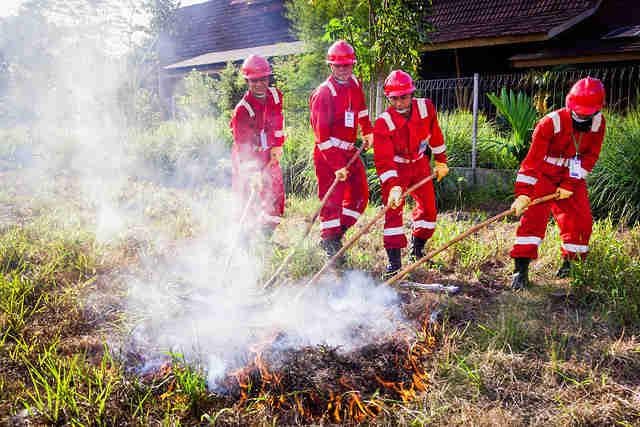 EFTs are especially beneficial for decentralized local governments that require financing to maintain areas which have positive spill-over environmental effects, both nationally and globally. EFTs also shift systems to incentivize conservation upfront, which can discourage land conversion and deforestation for industrial activities.

EFT programs first began in Brazil, but are now operating successfully in Portugal and India. In Brazil, the mechanism is used by more than half of the states, is enshrined in national fiscal law, and provides incentives for conservation areas. In India, the central government has allocated approximately USD 80 billion in tax revenues for EFTs, based on the protection of forest cover, with the amount varying based on changes in forest cover over time. In Portugal, EFTs are delineated by the total amount of hectares of protected areas within a municipality, rather than calculating the proportion of protected area within the total area of the municipality. In Indonesia, the Government publicly announced its support for EFTs in August 2019. The system promotes forest protection while compensating districts for revenue they would otherwise be able to claim had the forest been converted for industrial activities (otherwise known as PBB). Since then, EFTs have further been adapted into the TAPE (Provincial Ecological Fiscal Transfer) – financial transfers from the provincial to district level – as well as TAKE (District Ecological Fiscal Transfer) – financial transfers from district to village level projects in North Kalimantan and Jayapura. While DAU and DAK are block grants that provide flexibility to regional governments in managing funds, the national government is now looking at DID and DD as more effective EFT mechanisms. Under DID, responsibility to maintain the budget is delegated to the lower government level along with potential rewards given if efforts toward specific measurements are performed. It allows creative freedom in using the fund, as long as it is used for ecological-related activities like fire risk mitigation and biodiversity conservation.

Fiscal transfers that seek to assign more responsibilities to subnational governments require different indicators than ones aiming at the effectiveness of public measures. For instance, the DAU is unlikely to have a forest fire prevention indicator. Meanwhile, a DAK is designed specifically to prevent forest fires provided that it is acknowledged as a national priority. There are also windows to implement new indicators as applied to specific conditions of forest-rich areas, as mentioned in the recent Minister of Finance’s
Regulation PMK No. 141/2019, issued in October 2019.

In the 2020 National Budget, the total regional transfer allocations equal to USD 56 billion, of which 54% is for the general allocation fund and 14.9% for revenue-sharing fund, and 9% for specific allocation fund. Apart from it, the Village Fund (DD) is independently allocated for the amount equal to USD 5 billion. The national government allocated equal to USD 1 billion for DID Fund for 2020, which is 50% increase from 2019. The payment mechanism has also been revised to accommodate regional needs by 50% to be transferred starting February 2020, with the remaining to be released on July 2020.

The new Minister of Finance Regulation no. 205/PMK.07/2019 and the Minister of Villages Regulation no. 11/2019 state clearly that one of the priorities for the Village Fund is to mitigate and adapt to climate change and reduce greenhouse gas emissions. Unlike other schemes, the DD is used for tackling peat and forest fire risks at the village level through capacity building and community-based fire brigades on fire mitigation, as well as advocating implementation for “no slash and burn” farming. Regarding REDD+, the fund can be used for activities such as ensuring sustainable forest management, rewetting degraded peat and the construction of canal blocking, nursery establishment, agroforestry and eco-tourism.

The DD, DID and DBH can be served as effective EFT mechanisms to redistribute REDD+ benefit. As for DD, in addition to above ministerial regulation put in place, it gives flexibility to local communities/government based on their prioritization list. Slightly different from DID, distribution formula for DBH to subnational government made based on percentage from income gain from REDD+ related activities such as tax and PNBP. Still subnational government need be given full authorization to use the incentives in accordance to their priorities, although the transfer will be executed later after emission reduction proven and documented for accountability compensating on the opportunity cost and net income.

Through EFTs, Indonesia has demonstrated strong commitment to protect its forests and biodiversity. Therefore, whether localized versions of EFT such as TAKE and TAPE, or as successful pilots of DBH, DID and DD usage, signal promises in enabling regional work on forest conservation in Indonesia. However, the methods in which this will evolve require further discussion and experimentation as the economic development and the aspiration for prosperity will continue to give pressure to state’s capacity to respond to the (over)use of resources and adopt effect of climate change. Therefore, a rigorous high standard for environmental protection while exerts an impulse to create innovation and special ways to redistribution of income/benefit are critical.

This blog was originally posted in UNREDD Website. You can read it here.