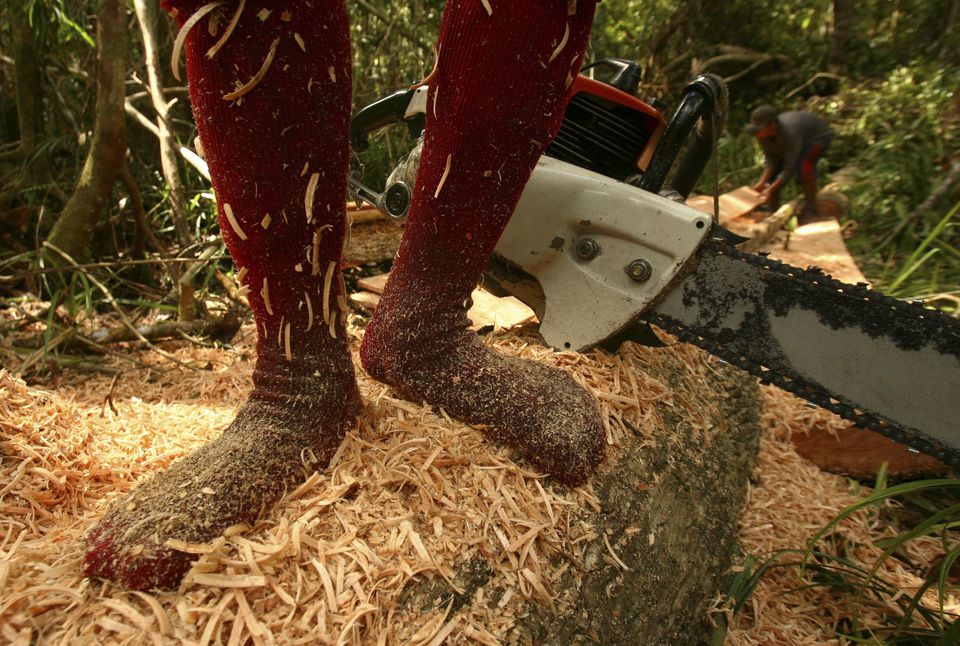 This impact story was originally posted by Reuters here.

January 3 – After years of relatively low international profile, tropical forests are roaring back into the headlines. They broke through to higher prominence at the 2021 United Nations’ COP26 climate summit, where the UK secured the Glasgow Leaders’ Declaration on Forest and Land Use, committing 140 nations to “working collectively to halt and reverse forest loss and land degradation by 2030’. Tropical forests gained further political profile with the election of Luiz Inacio Lula da Silva on an Amazon protection ticket in Brazil, and the early stirrings of an “OPEC for Rainforests” between Brazil, Indonesia and the Democratic Republic of Congo at COP27 last year.

One of the drivers of this diplomatic activism by rainforest-rich nations is the European Union regulation on deforestation-free products, which will produce one of the biggest shifts in supply chain rules in years. This relatively low-profile agreement will shift Europe from a voluntary to a regulatory approach to reducing the deforestation footprint of commodities such as palm oil, soya and cocoa. It reflects widespread frustration that after decades of concerted effort to support forest protection and agricultural certification, deforestation remains stubbornly high, particularly in tropical forest areas, where over 3 million hectares of primary forest were lost last year.

The heat is on to find new tools to exert market pressure, because tropical forest clearance is linked chiefly to agricultural expansion, and Europe remains the second biggest importer of agricultural products linked to deforestation after China.

The new deforestation regulation, which is part of the European Green Deal, is an attempt to side-step the sovereignty arguments that have dominated international negotiations on forest loss. It sets trade standards for EU imports and requires commodity-importing companies to work out which of their sourcing areas can meet the standards of traceability and verification of zero deforestation. The regulation will probably not come into force until 2024, but it has already unleashed a huge wave of activity from traders and buyers to map their production to farm-plot level and improve their traceability systems.

Environmental campaigners who have made traceability their lodestar have high hopes that it will end the blame shifting between companies and governments. There are, however, grounds for caution in assuming that these huge investments in mapping will resolve the issues of accountability for deforestation.

Satellite monitoring without extensive “ground-truthing”, or observation on the ground, is unreliable because it does not provide information on deforestation drivers, and laundering of products across farm boundaries is common in beef, cocoa and palm sourcing areas.

The reason it is hard for companies to get to zero deforestation using mapping and verification alone is that the link between commodity imports and deforestation is nearly always indirect. It is now less common for forests to be cleared for plantations or giant ranches, and it is usually land-grabbing by criminal enterprises or encroachment by impoverished smallholders that degrade and destroy the forests of the Amazon, west and central Africa, and south-east Asia.

But many of these areas are just over the boundaries of the farms where international companies are sourcing, and yesterday’s illegal deforestation is often today’s sourcing area.

The answer to this challenge for both commodity companies and the EU is to make sure they balance their farm mapping investments and traceability requirements with partnerships to slow and stop forest loss on the ground in the many production areas that are trying to enforce forest law and offer smallholders routes to sustainable production.

There are encouraging signs that commodity buyers are willing to do this. Jurisdictional and landscape approaches to sustainable sourcing have won new backing from the Consumer Goods Forum, and members of its Forest Positive Coalition have committed to matching their sourcing footprint with landscape commitments. The Agriculture Sector Roadmap to 1.5C, launched at COP27, means the 14 largest agricultural traders are also committed to working at landscape level.

There are well over 50 landscape initiatives in Asia, Africa and Latin America that already allow farmers and commodity buyers to produce better, and many have backing from international buyers. They allow companies to contribute to wider landscape efforts to strengthen sustainable land use and reduce the risk that their monitoring system is showing zero deforestation in their source farms whilst it is occurring all around them.

It also offers the prospect of capturing some bigger carbon and nature value in their supply chains because it can integrate environmental benefits from better agriculture with much bigger gains from forest protection. Indeed, the largest ever public-private effort to protect tropical forests takes an explicitly jurisdictional approach to carbon finance. The LEAF Coalition has generated forward commitments to buy more than $1.5 billion of high-integrity forest carbon credits from the jurisdictions that successfully achieve zero deforestation.

Whether this big pulse of corporate action reduces deforestation will depend on how the EU implements its regulation, as well as how producer governments implement their forest laws. If the EU regulation is applied with a heavy hand, it will make companies more risk-averse, and they will move to “safe” sourcing areas that have been deforested decades ago. In parallel, producer governments will encourage exporters to supply growing demand in Asia, where there are no import restrictions.

But if the EU engages producer governments in their own plans to get to zero deforestation and uses the regulation as part of efforts to incentivise company investment in hotspot landscapes, then it will help turn the tide in production areas bordering our last great forests.

It would allow companies to go beyond “cleaning” EU supply to positively influencing entire forest-risk supply chains. Amidst rising expectations on nations and companies to be carbon and nature positive, that would be a remarkable achievement.